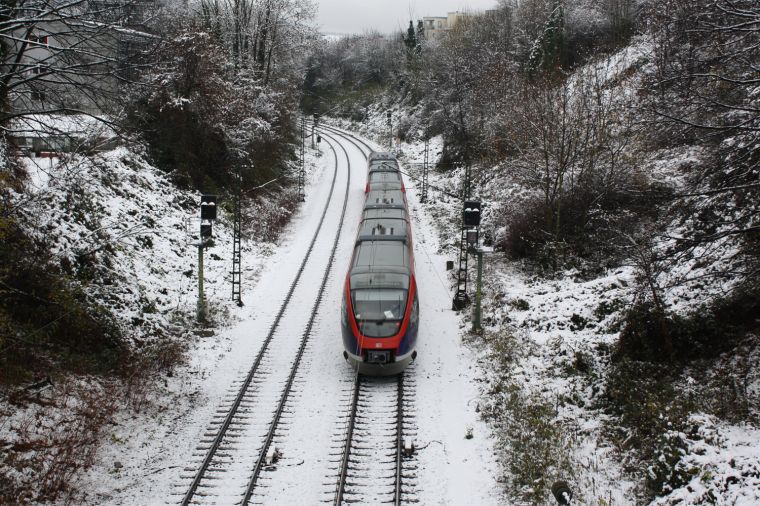 I’ll admit it, once uploaded the other picture suddenly looked far less good than I had expected it to, so I’m posting a second one much sooner than I would have. This was taken on another day, at a different place, and there’s a good chance it’s a different train as well, but the basic point still remains: It shows a class 643.2 Bombardier Talent DMU, this time in snow.

The shot was taken near the Aachen Schanz stop, basically at the same spot where I took 140 in Snow as well. I’d have liked far more snow on the vegetation around, but the other is one of my most popular pictures of all time, so I must have done something right there.