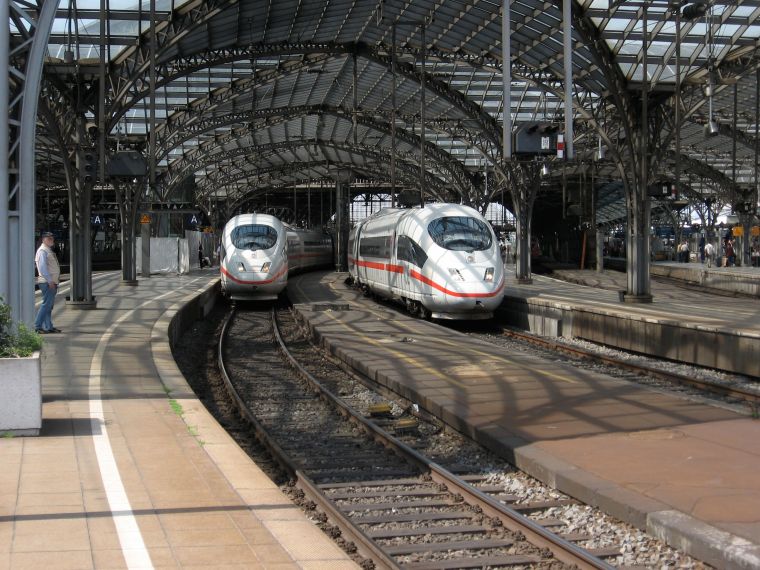 I was asked to make a small selection of my photos and during that I found some I really like, but havenât uploaded yet.

Two ICE 3s are standing in Cologne main station. To the left, a class 406 multiple-system unit. This one, trainset 4652, is one of the four that are owned by the dutch railways. It’s called “Arnhem” and has received the new “NS Hispeed” logos already. The one on the right is, as far as I know, a completely normal 403 (Germany only), which for some reason lacks the DB badge.