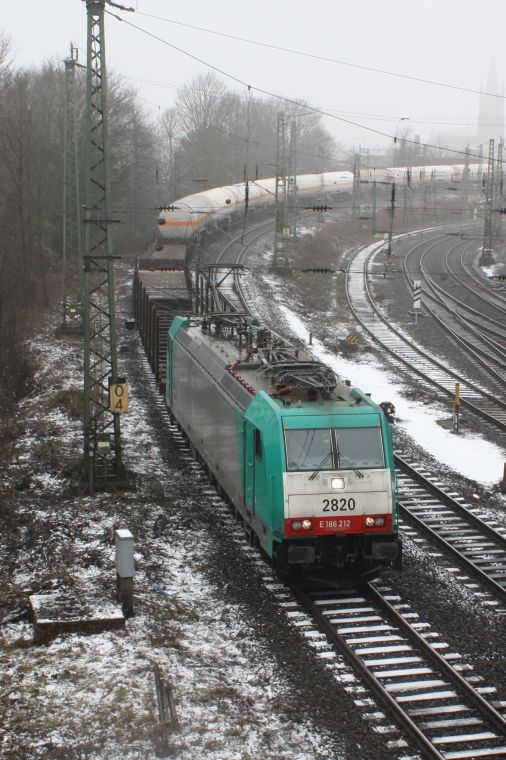 The main reason I’m posting this is to illustrate why german railroad fans always talk about the “roof garden” of modern multiple-system electrics. 2820 is a pretty normal example for a modern four-system unit, and it’s just coming in from Belgium. One important point to note is that the area around the pantographs is lower than the roof in the middle and the edges of the cab. This is a standard feature of absolutely all non-diesel TRAXX locomotives, required since 25 kV electricity needs larger safety distances. Consequently, it’s the best way to tell apart the what railcolor.net calls “145-concept” locomotives (classes 145 and 146.0) from all later classes (185.0, 146.1, 185.2, 146.2, 186).

Oh yeah, as for the title, the locomotive was built in the german city of Kassel.