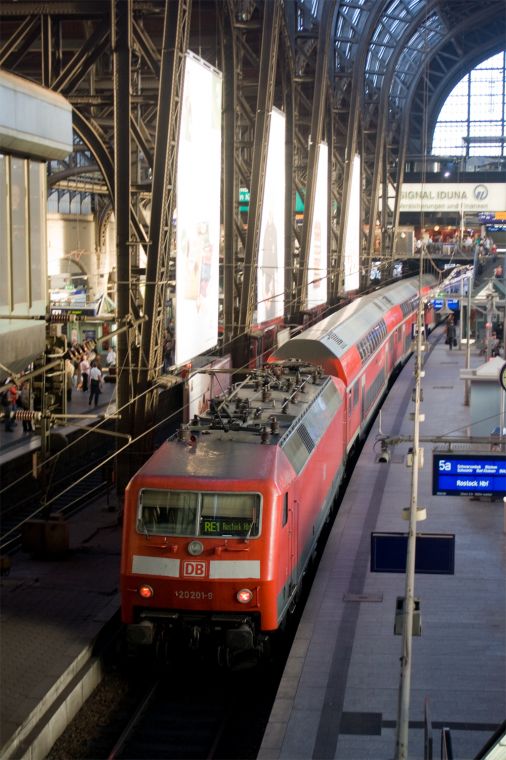 Modern, fast regional service in Germany generally means: Double-decker trains (heavy) at 160 kph (100 mph) with high acceleration. That obviously is quite a challenge for the locomotives. The RE1 “Hanse-Express” of Mecklenburg Vorpommern from Hamburg to Rostock, for example, used to be operated with class 112 locomotives, but it didn’t allow for an extension from five to six carriages. The solution was to turn five high-powered long distance locomotives of class 120 into new regional locomotives, class 120.2. This is unlikely to be the last time this happens: According to some reports, the class 182 “Taurus” locomotives of DB Schenker may be transferred to DB Regio as well.