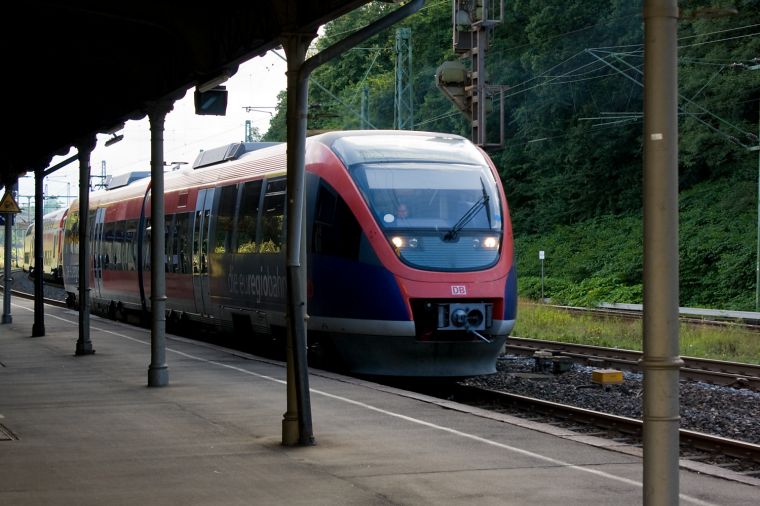 Nothing interesting has happened lately, so how about a random picture of yet another Talent?

Stolberg central must have been a nice station, back in the late 19th century, but today it’s dirty, ugly and the station building itself has been closed long ago. Rumor has it that EVS, the infrastructure company that owns the branch lines over which the Euregiobahn operates, wants to buy and improve it, though.

This Bombardier TALENT (Talbot Aachen Leichter Nahverkehrs-Triebzug, translates to Talbot Aachen light regional DMU), owned by DB, is standing on the house track, which is number 43 here for some reason. The first part of this train has just decoupled and left towards Langerwehe, via the Eschweiler Talbahn (Valley Line), while this one will soon go down the remains of the Vennbahn (Venn Line) towards Stolberg Altstadt. Notice that Euregiobahn is not a company in itself, it is just a brand name for this entire system, which is operated by DB (with some cooperation with dutch NS, it seems) over both the mainline owned by DB, branch lines owned by local EVS and dutch lines owned by ProRail.

I’d normally avoid pictures where the train gets segmented by vertical lines, but I think in this particular case it looks interesting.