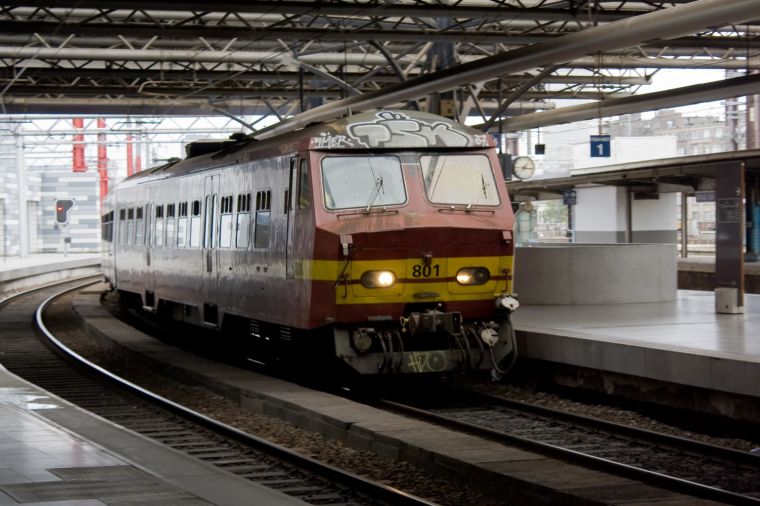 What may be the name of this EMU? German Wikipedia (as well as hungarian, as far as I can tell) says it’s the NMBS/SNCB class AM 75/76/77. Dutch Wikipedia lists it as MS75 (which is actually a direct translation of the french AM 75), while french Wikipedia declares it to be SÃ©rie 08, all of which are probably true from some point of view. Anyway, here one of those four-part EMUs for lower services is just entering the nice part of Brussels South, the central station of Belgiumâs capital.