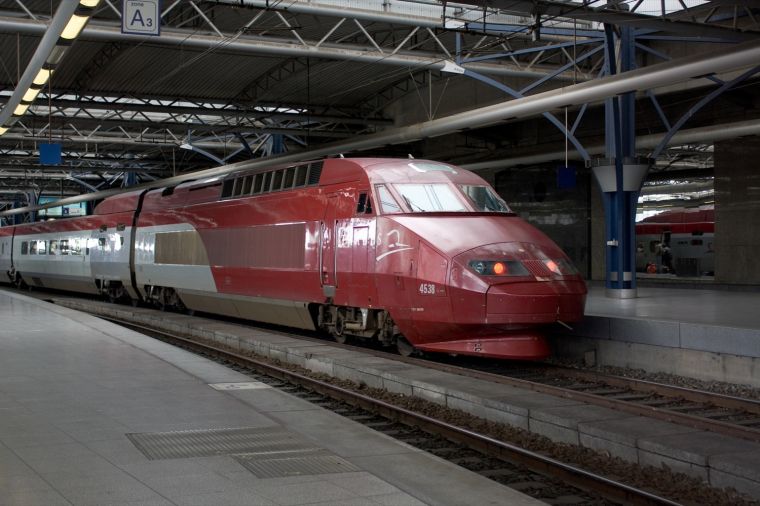 Thalys operates two types of trains: The Thalys PBA (standing for Paris, Brussels, Amsterdam) and the Thalys PBKA (with the additional K standing for KÃ¶ln, i.e. Cologne). Only the latter type is ever seen in Germany, because the PBA, being essentially a normal TGV RÃ©seau in the three-system version (which also comes to Brussels in TGV colors), canât run east of Aachen. Hence, it was a welcome change to spot one of the PBAs here in Brussels South (Midi).

Behind the mirror wall in the background, by the way, was at least one Eurostar bound for London St Pancras, but it is completely impossible to take good pictures of the train. While anyone has free access to the fastest trains of France, Belgium, the Netherlands and Germany, and can go without questions asked to trains headed also for Luxemburg and Switzerland, that will clearly not do for the United Kingdom, which is something special. Instead you have to go through a passport control before you are let to the trains, which can (priority depends on ticket price) take up to an hour.