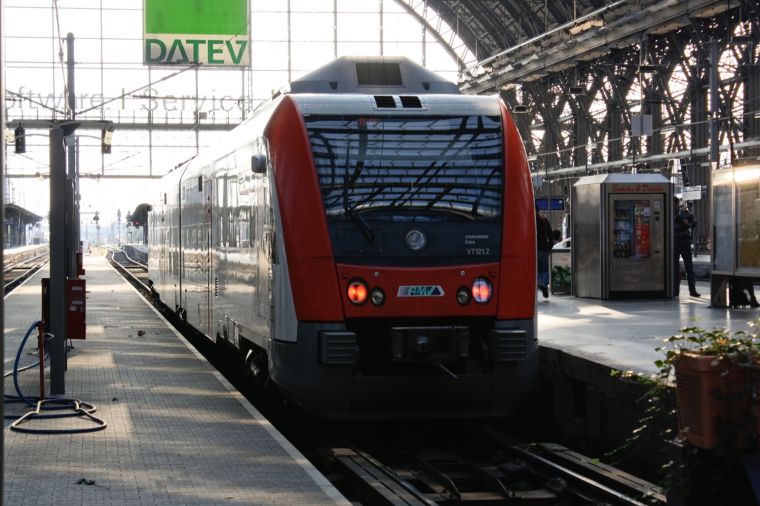 Iâve finally given in and started working on my backlog. Iâve already edited and converted all the images I want to post in this first go (25 in total), so now Iâll just have to write the texts and submit.

I was in Frankfurt recently, for the IAA. If youâre a car fan, you have probably already seen enough coverage of it, and if youâre not, youâd be bored to death, so Iâm not showing anything from there. However, on my way back I saw this.

The Bombardier Itino is a rare piece of railroading equipment. Technically, it is a generalization of the single-part RegioShuttle RS1 to two- and theoretically more part DMUs. However, when Adtranz, developer of both, was bought by Bombardier, the RS1 was sold to Stadler, removing the family advantage, while the Bombardier already had the Talent with which the Itino was competing. A few of them were sold to Odenwaldbahn nevertheless. Through means unknown to me, it also became popular in Sweden, and some other companies (notably [Rurtalbahn]][rtb]) are now considering purchasing new ones again.