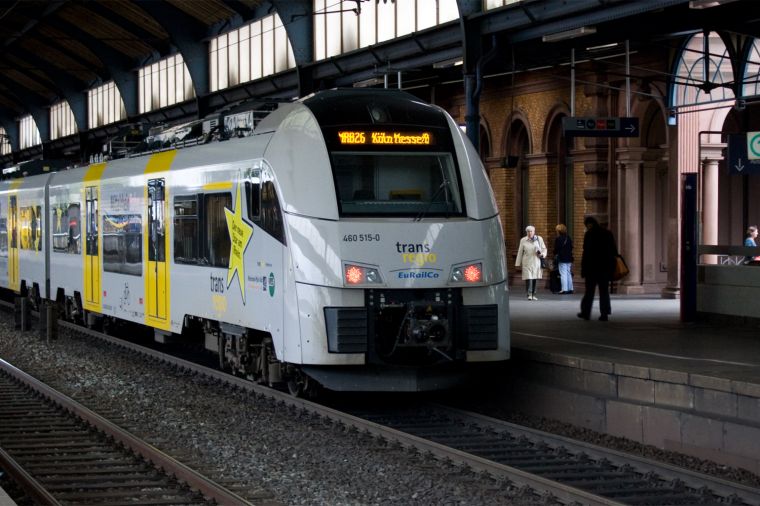 When Germany was split after the second world war, the western part of Berlin didn’t really seem like a prudent choice for the capital of the west half, being surrounded by enemy territory all around and subject to strange political issues. Now, there are enough large cities in the Federal Republic of Germany that would have qualified as new capitals, such as Frankfurt, Munich, Hamburg and quite a few others. Instead, however, they settled on the smallish, boring town of Bonn, a few kilometers to the south of Cologne. This was deliberate, to show that they viewed the german split only as a temporary measure. Of course, this became more and more a fiction over time, until it suddenly became reality.

Bonn is a nice town, actually, but you wouldn’t know form the small, dirty central station. Seen here is a Transregio Mittelrheinbahn Siemens Desiro ML heading north towards Cologne. The rhine valley in general and the part between Cologne and Bonn in particular are very important traffic corridors, which can be seen by the fact that there are currently five railway lines linking the two towns, and the first german inter-city freeway was built here as well. The “Linke Rheinstrecke” (left rhine line), where Transregio operates, is one of three on the west side of the river.