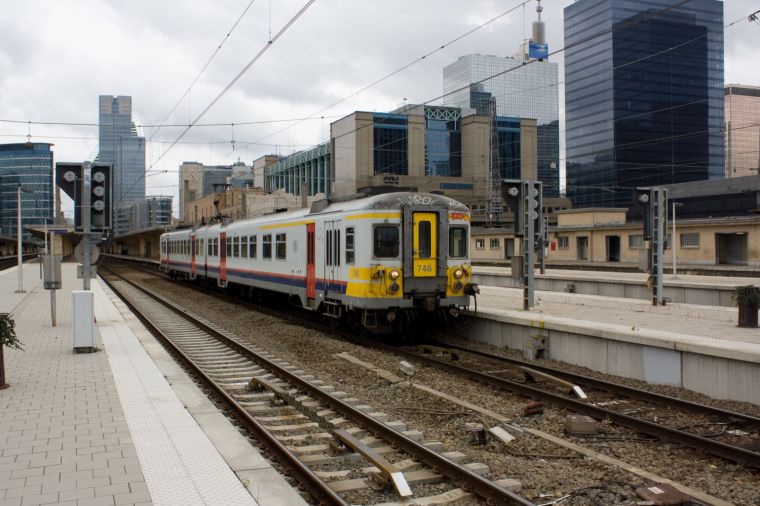 My first goal in Brussels was to visit the Atomium, but misreading the subway plan had me ending up in Brussels North station instead. Oh well, still a nice place for the odd picture. What I really like about this is the contrast between the immensely old EMU starting out of a station that would be considered derelict by german standards (although you canât quite see that here) and the huge, shiny, modern skyscrapers in the background.