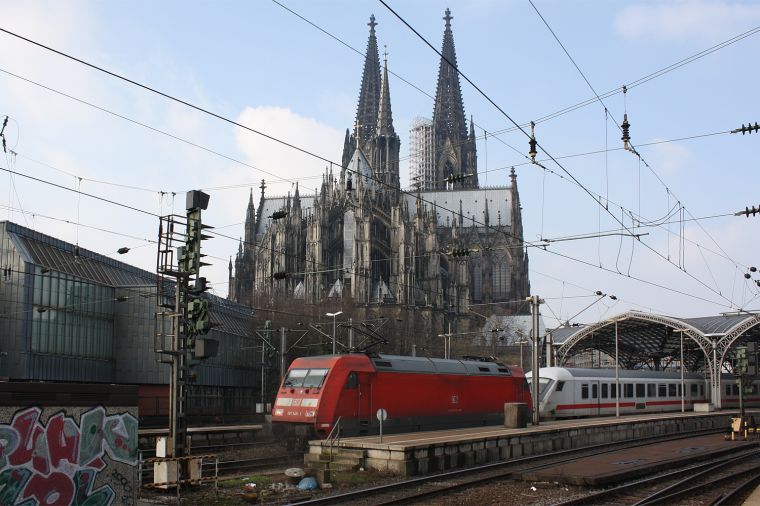 I think the world does not really need more than one shot from this angle before it gets boring so naturally I’ve already taken four of them. Still, I think there is one thing that separates this from the others: Good weather.

101 145, by the way also the last produced class 101 locomotive, is heading out of Cologne Central Station with an Intercity train. Interestingly enough, it is pulling a cab car. More interestingly, the other end of the train has a second locomotive, a class 120, also with raised pantographs. I really have no idea why DB arranges their trains like this, but hey, it seems to work.