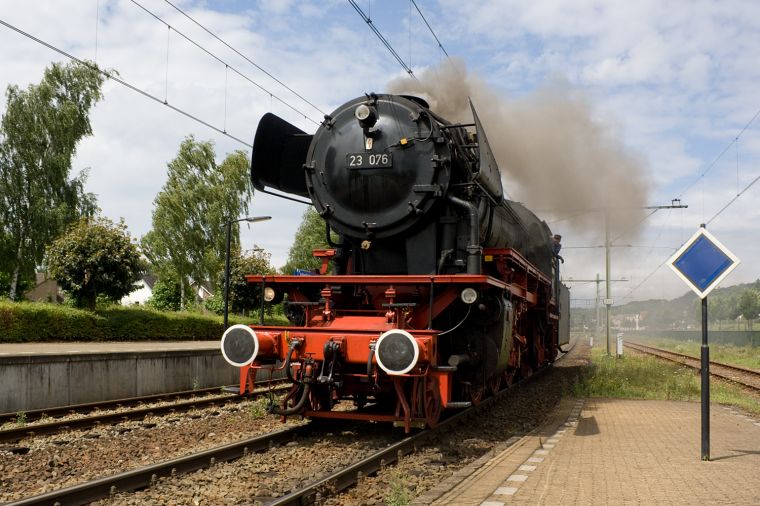 The two swedish locomotives of the ZLSM got help by their colleagues from fellow dutch steam train club VSM (Veluwsche Stoomtrein Maatschappij). Their locomotive, 23 076, is not originally dutch either, though. As you may be able to tell[^1], it’s west german.

The class 23 was designed before the second world war as a replacement for the prussian P8 (picture by [~tompix](http://tompix.deviantart.com/)), a standard locomotive for normal and slightly accelerated passenger service. However, only two prototypes were built before everything changed to war production. After the war, both parts of newly split Germany used the basic parameters, such as using many parts of the class 50, to design separate but similar locomotives.

23 076 belongs to the western Bundesbahn version and is preserved in Epoch III state. Here it is shunting to the other side of the train in Valkenburg, to which very second train to Shin op Geul (the end of the Millionlijn’s own tracks) was extended over the mainline today.

[^1]: If you’re not: The black-red livery says post-war Germany. The style with small lamps under a front walkway is typical for all locomotives built or rebuilt in the western part.