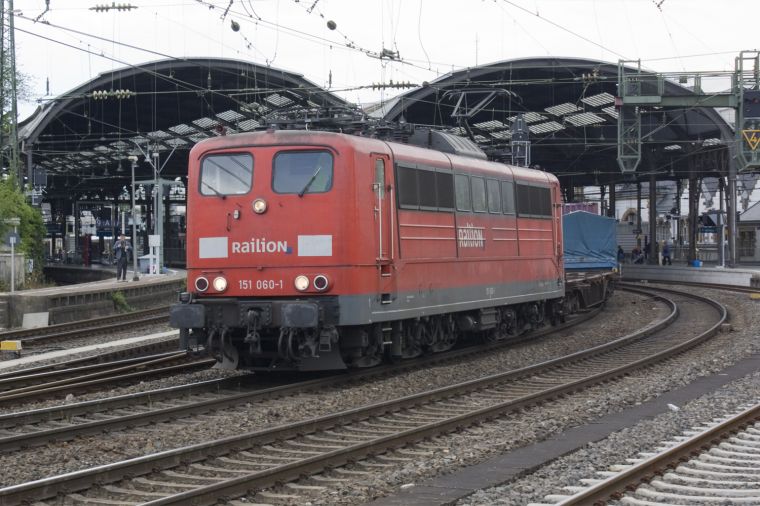 There’s a number of locomotives I see occasionally, but don’t manage to take good pictures of. Then there are those I see often, but just don’t consider interesting. The class 151 is in the second category.

It is the successor to the class E 50 (from 1968 150), a six-axle version of the “Einheitslok”s (standard locomotives) E 10 (110) and E 40 (140) for heavy freight trains. The 151 keeps using a lot of components from the Einheitsloks and was originally more an addition to the E 50 fleet than a replacement. Today, you can find it in front of many of the heaviest freight trains in Germany.

151 060-1 pulls a container train through Aachen central station here, wearing the second Railion livery (already way out of date). The type is less common here than the 155 (largely the same idea, but built in the GDR) or the 152 (successor to both, using only four axles to save on maintenance costs), but it is present and can often be seen doing nothing in Aachen West.