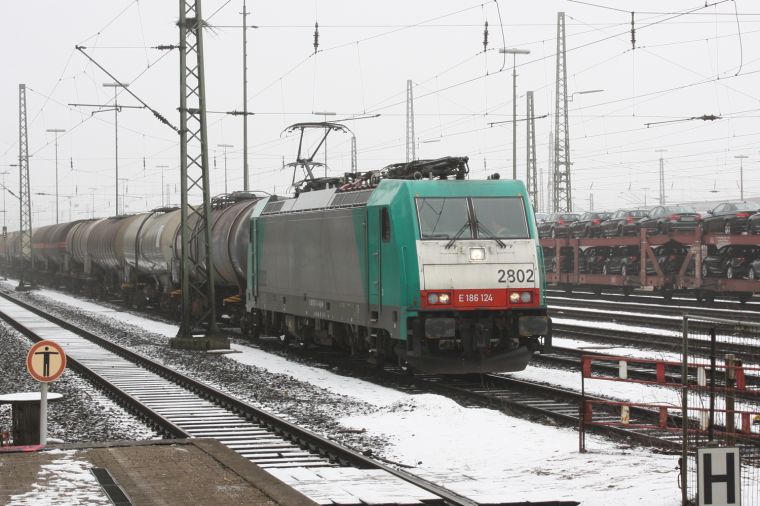 I’ve wanted to post this image yesterday, but there were technical issues and then I forgot.

The story of SNCB/NMBS 2801-2803 is a little different from the other belgian class 28s (i.e. Bombardier TRAXX F140 MS). They were hired earlier than the others from ATC, together with a larger bunch that went to the Netherlands, and were originally meant for passenger service. For this purpose, they had a higher top speed of 160 kph (100 mph), although I’m not sure whether there were any hardware changes associated with that.

It seems that since, they have been transferred to COBRA (a cooperation of DB and SNCB/NMBS which operates the trains on the Aachen-West - Antwerp line and operates all the other 28s) and according to the labels on the side, their top speed is the standard 140 kph (87 mph) again. I’ve not found any other information on the internet about this, so I really can’t speculate about the background of this move. Anyway, the result is that these days, the only differences appear to be that the belgian number on the front is right-aligned instead of centered, and that they lack the black frame above the windows that may or may not be a space for a destination indicator if the locomotive is ever transferred to commuter service (odd, considering their history).