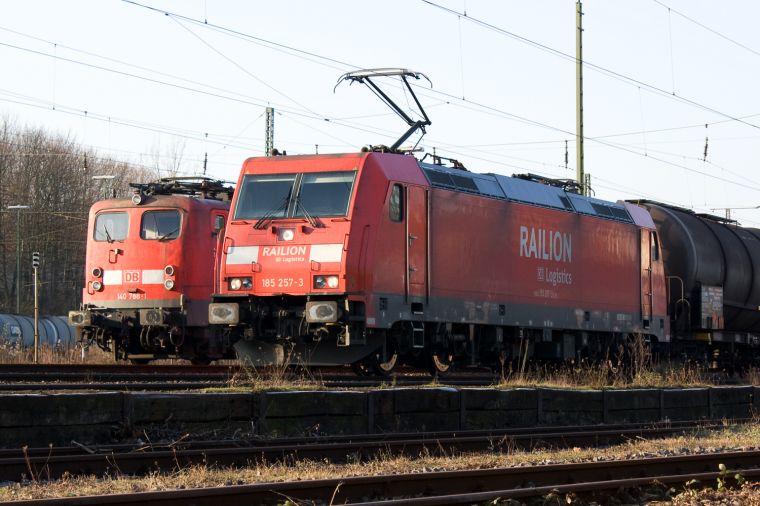 This particular combination (old locomotive vs. new locomotive) in Aachen West looks not too interesting, but what we actually have here are examples of the oldest and the newest class of freight road locomotives in use by DB today.

Which is why it can be considered surprising that the number of active 140s is actually increasing, while that of active 185.2s is shrinking. The reasoning is pretty easy, though: Thanks to the world crisis, DB stopped taking delivery of new 185.2s and also declared that all electrics in need of larger maintenance should be put in storage for the time being. Many 140s were already in storage, not because they needed maintenance but rather because they weren’t needed. Now freight traffic is increasing again, and the 140s are the cheapest machines to get running again, so the amount of operative machines has doubled from 40 to 80 in a surprisingly short span. I’m fairly sure the 140 won’t outlast the 185.2, but you never knowâ¦