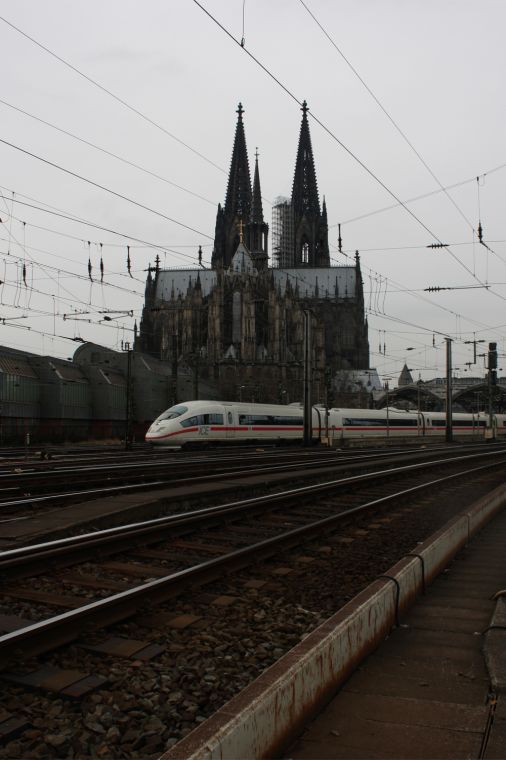 At first, I thought this picture was too similar to all the others showing a train in front of the cathedral, but then I realized that I had many, many more showing trains in front of the bridge, so this would be an improvement even if it were pixel-to-pixel identical to an older image. And either way, it was shenanigan87 who told me to use this picture, so it’s all his fault anyway…

This angle is a little different than the others: Instead of on a platform, I’m standing at the north side of the bridge, at the very end of where you’re allowed to walk, and shooting through a gap in the fence there. Ultimately I have to say that the bridge’s north side really isn’t worth it due to the high fence, the south side offers far better photography options.