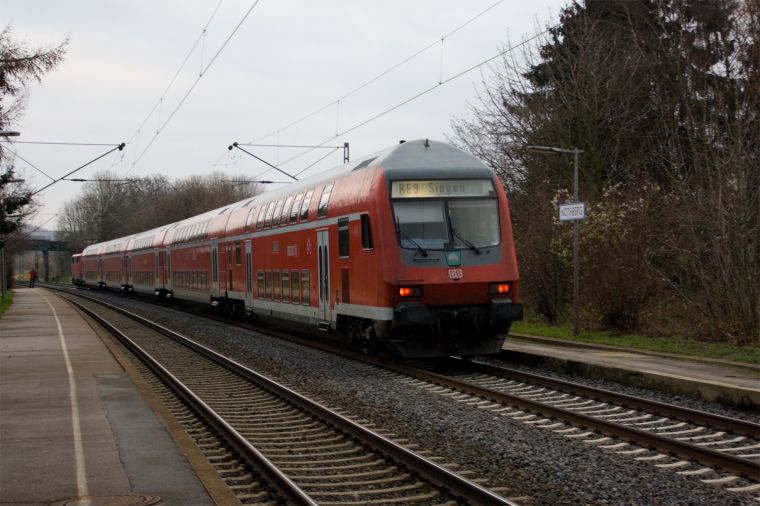 The stop for Nothberg on the Aachen-Cologne main line was opened either on 15 March 1909 or 1897 (Wikipedia isn’t sure), so it has more than a hundred years of history. As of 13 december 2009, though, the RE9 Aachen-Siegen has ceased stopping here. As neither the RE1 (Aachen-Hamm) nor the ICE and Thalys stop there, that means that all trains will then pass through at track speed, and the stop will cease operating.

Which makes me happy. Together with skipping through Eilendorf (which is still served by the Euregiobahn, though), the RE9 gets about five minutes faster and the ride much smoother. Yes, it’s bad for those who used this stop, but the distinct stop Eschweiler-Nothberg on a branch line offers more frequent service, lies better in Nothberg, is significantly prettier and has better bus connections. Starting december 13 as well, you can get all the way to DÃ¼ren (which has connections to the Rurtalbahn and the Cologne S-Bahn) from there (though not directly to Cologne anymore). As official counts put the number of daily users of this stop at a total of only 60, I think that abandoning it is really the best choice.