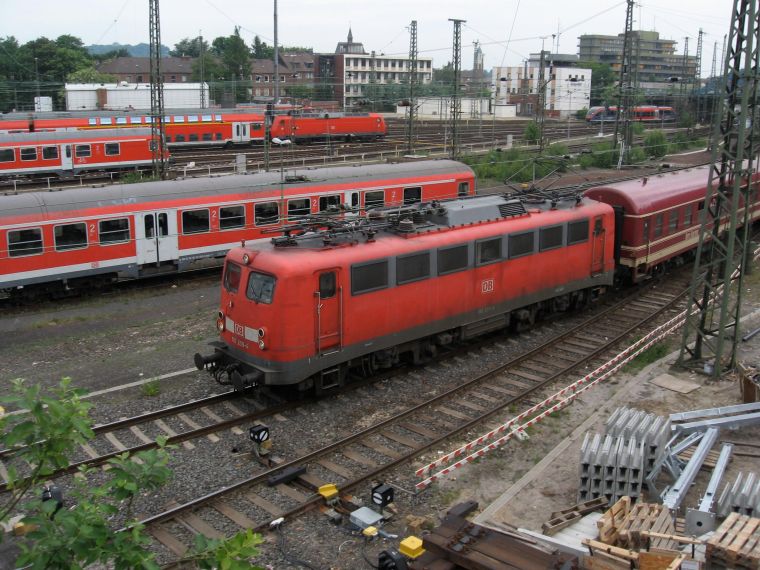 The 110 has coupled to it’s special train, which it will now haul to Emmerich. It is here driving through the rail yard west of Aachen.

As the train had to change it’s direction here, they did not actually change the locomotives. Instead, the belgian one was removed, and the german locomotive then coupled to the train’s other end. The train itself is, as usual for special trains like this, an odd mixture of just about everything that can carry passengers. Most of it were the Eurotrain carriages such as the one right behind the locomotive, but there also was an old TEE dining car, something french, an old post car that stored wheelchairs and so on.

The rail yard shown here is mainly used for storage and maintenance of commuter trains. In front you see two Silberling train sets, both with a class 110 like this at the other end. Then there’s a double decker with a 146. A third/fourth 110 standing alone is not shown on this picture. At the far end, you see two class 643.2 DMUs (one is kind of hard to spot).