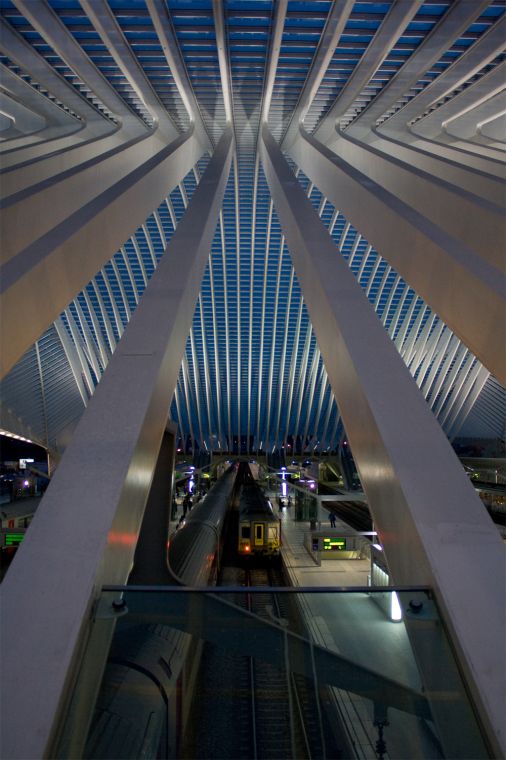 I’ve heard the new station LiÃ¨ge-Guillemins, actually open since 2007, officially open since October 2009, described as a photographer’s playground. They were not wrong. The sweeping steel and concrete lines, the carefully placed lighting, the wide open spacesâ¦Â it’s just awesome. There are trains there as well, but this is one of the rare cases (maybe the only one) where I think the architecture is more interesting.

Still, if you’re that kind of personâ¦ An SNCB/NMBS AM/MS 62-79 right in the center. To the left, two locomotive-drawn ICs with HLE 13s. Further on the right, an AM/MS 08. Yeah.