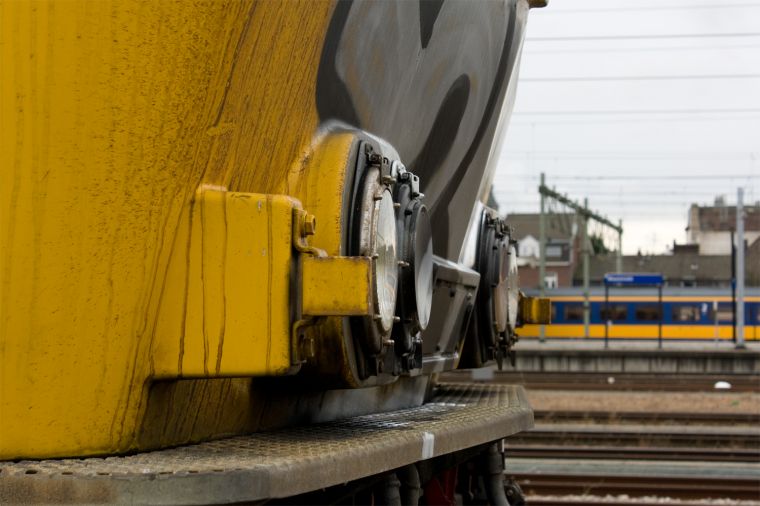 This locomotive of dutch class 1600, number 1608, belongs to Railion NL, which is nowadays probably called DB Schenker as well, but has not received a single repaint to red yet (only new logos). Apart from dirt and graffiti, of course.

Like two of her sisters, it’s apparently in storage in Maastricht, but you can easily take pictures over the very low fence. It does look interesting, I think.

Nez CassÃ© is french and translates to broken nose, describing the somewhat odd appearance of Alstom locomotives of the sixties, seventies and eighties, part of which the 1600/1800 were.