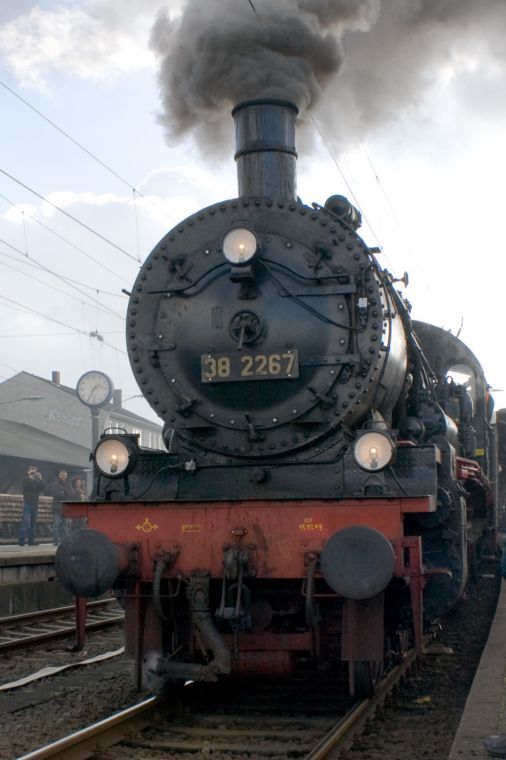 The P8 of KPEV (KÃ¶niglich PreuÃische Eisenbahnverwaltung, Royal Prussian Railroad Administration), later called class 38, was built from 1906 to 1923 in almost 4000 units, and hence qualifies for the title as most built locomotive in peace times in Germany. The universal locomotive was capable of and used for almost everything.

Nevertheless, a successor class was developed in the 1930s already. Of this new class 23, however, only two prototypes were built before the second world war shifted priorities drastically. After the war, both german railroads built units based on them and with the same class name, the class 23Â in the west and the 23.10 in the east (at that time, there was still an unofficial agreement to avoid overlapping numbers, so that if Germany was reunited, the locomotives would need no renumbering). Both did their jobs well enough, but as a replacement they failed, considering that the final 23 (west) was taken out of service only a year after the final P8.

I’m not too happy with this picture, but the locomotive always stood so that I was facing the sun, and I had to post something, didn’t I? So, 38 2267, the lead unit of the train in which we were sitting, on (a different) exit from Solingen central station.