The Bridge in the Festival 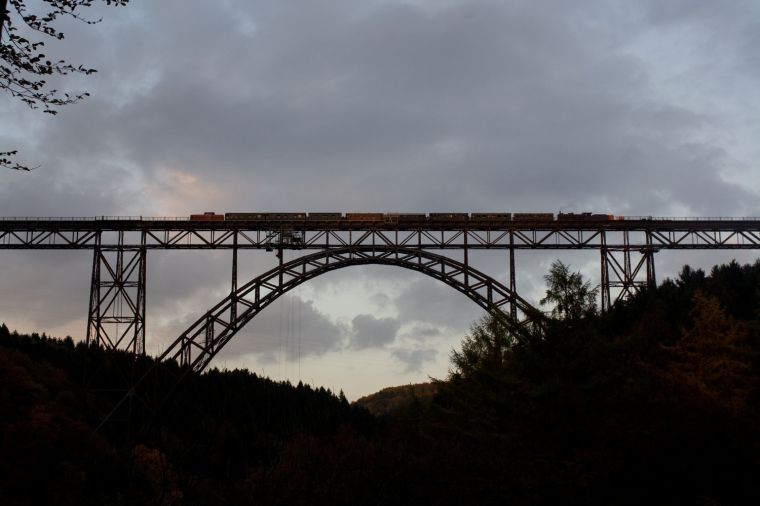 Finding a parking space was not trivial as others had the same idea. Thanks to some circumstances beyond our control, the only train we had a chance of seeing would be the very last one, and we would have to wait almost an hour to catch it. No problem, though, we waited and took some test shots of passing DMUs. While waiting at what I had determined to be the ideal view point the last time I was there, we turned very fast into “the people who knew stuff”, in particular when the next steam train was going to arrive.

When the train finally did arrive, it was fifteen minutes late and it was getting dark. The real problem, though, was that it was the wrong way around, pulled by the diesel engine. The steam locomotive did greet us with it’s horn, which the diesel tried to copy, but unlike american diesel horns, in this case, it sounded just sad. Nevertheless, it resulted in a picture that I like, and you can take a look at all the historic carriages this train had.