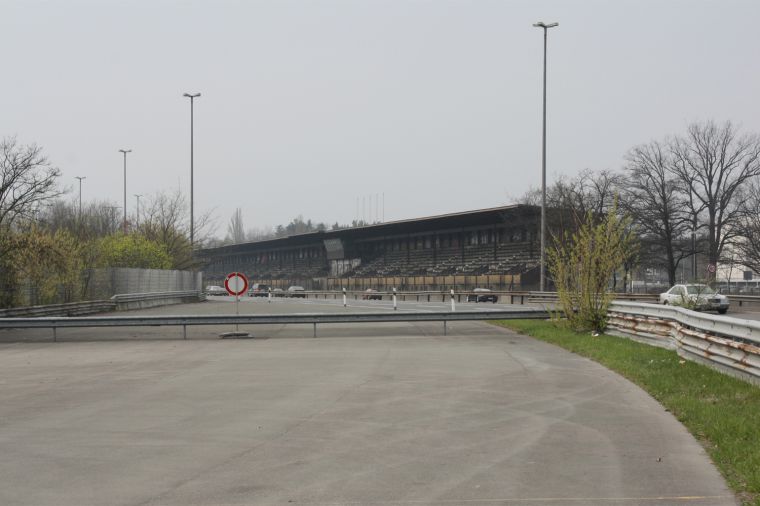 An interesting piece of Berlin history is the Automobile Versuchs- und Ãbungsstrecke (Automobile Test- and Trainingroad), short AVUS. It holds the distinction of being the first car-only road in Germany. Since it originally connected a corner of Berlin with the middle of a forest, instead of actual cities, it can be debated whether it is truly the first Autobahn (freeway). Today, it is one anyway and forms the northern part of the A115. Among motorheads it is mainly known for being Berlin’s race track until the late 1990s, made possible by a small connecting loop at the southern and a large one at the northern side.

As a race track, it was hardly optimal, since it’s both very fast (due to mainly being straight) but also very narrow, leading to some serious crashes, such as in the 1995 DTM race there, which also was the final DTM race on that circuit for obvious reason (plus, the 1994 race hadn’t been much less chaotic). As closing the important freeway for a weekend also hindered Berlin’s traffic considerably, racing was finally given up in 1998. To this day, however, it remains the only german freeway that has triple guard rails, huge fences and grandstands.

I’m standing here on the former northern loop, now closed for all traffic. Pedestrians are allowed to walk here and in fact have to, in order to get from the Motel (in the former race official’s building) to the parking lot in the infield, where the paddock used to be. Oddities like these are the reason why Berlin is my favorite german city.