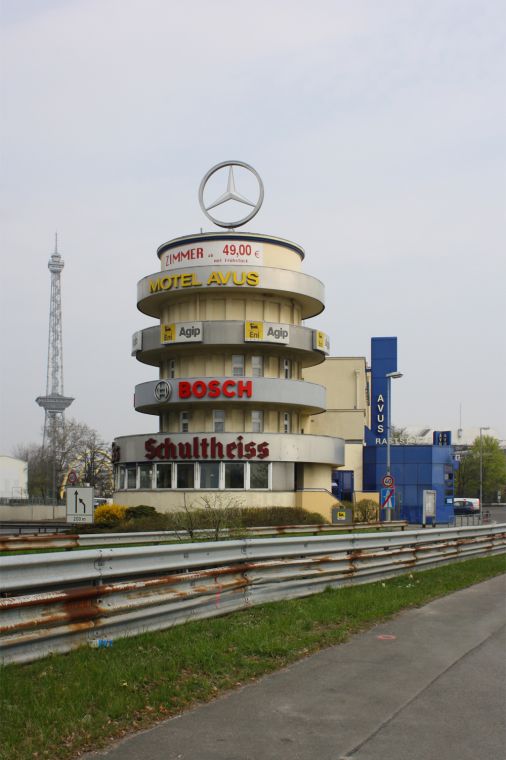 Because Saxmancometh asked for it, and a follow up to The AVUS. In 1937, the northern curve was replaced with one that had a significantly lower radius but a significant bank of almost π/8 (45Â°). In the course of this, a new building was built for the track management.

The banked turn was removed in 1967, being the cause of quite a few deaths, but the management building has remained to this day and is now used as a motel. It’s unique history is still plenty visible thanks to all the advertisement and the construction with the balconies which offer a perfect view on the track. Movies like the second Bourne film sometimes use it as a Berlin landmark that’s unique, but doesn’t look too much like a tourist destination.

The tower in the left is a landmark in its own right. It’s the Funkturm (radio tower), belonging to the Messe Berlin (where the Innotrans took place). Do not confuse it with the significantly larger and better known Fernsehturm (TV tower) in the east of the city, though.