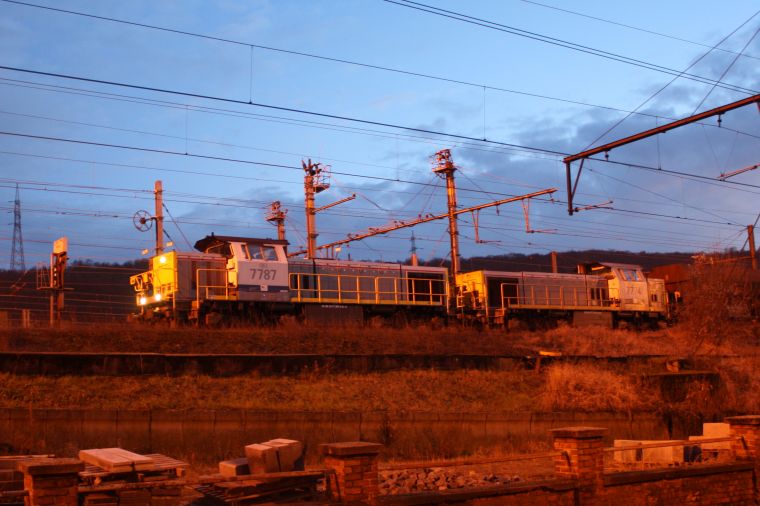 If you look closely at belgian locomotives (which admittedly not many people do) you’ll realize sooner or later that the home depot for most of them is a certain Kinkempois. So, let’s go there and take pictures!

The first problem is: Where the hell is Kinkempois? There’s no city, town, village or city part with the name, but it turns out the station is situated in LiÃ¨ge, in an industrial area known as Renory. Sadly, back when I took this picture I didn’t manage to find a good angle showing things, so this is the best I got so far.

SNCB/NMBS 7787 and 7774 are diesel locomotives of belgian class HLD 77, a development of the rather popular Vossloh MaK G1206. They’re found nearly always in double- or triple sets, and always in short-hood forward mode. These two specimen belong to the subset of 20 that are homologated for Germany and the Netherlands as well as Belgium.