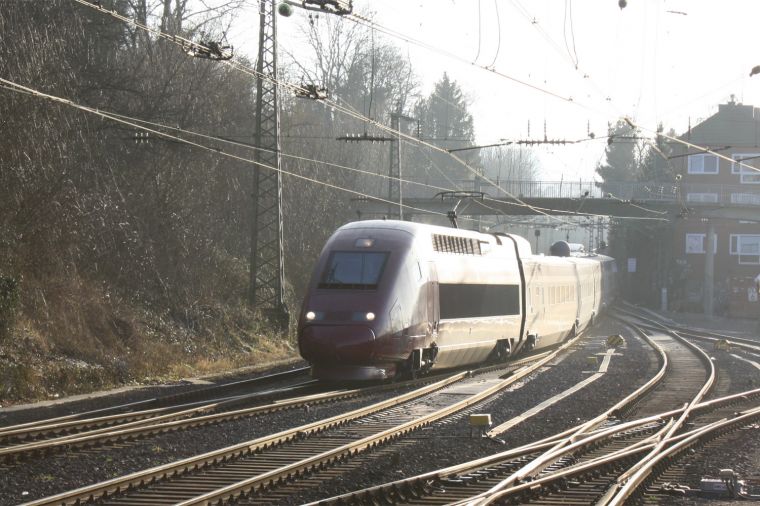 In all the time I’ve lived in Aachen, I’ve not yet managed to take a picture of a Thalys that I really like. This one isn’t perfection, but I do think it’s interesting.

The Thalys PBKA is a four-system high-speed train that connects Paris, Brussels, Cologne (KÃ¶ln in german) and Amsterdam. It consists of middle cars similar to the french TGV RÃ©seau, but with power heads derived from the TGV Duplex, with the addition of support for german 15 kV 16.7 Hz AC electricity. What exactly makes it different from the TGV POS, which drives further south and looks the same (but had to get a separate homologation for Germany) isn’t exactly clear to me. This particular example has arrived from LiÃ¨ge-Guillemins (it started in Paris-Nord), will change it’s electricity system here in Aachen central station and then continue to Cologne.

My goal today was to experiment more with pictures taken against the light. I’d be very interested in any feedback, in particular what I could do better!