Euro Cargo Rail in the Woods 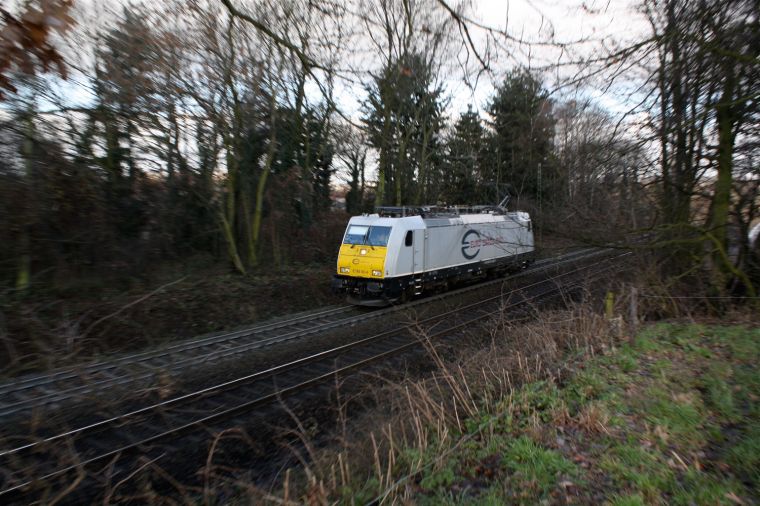 I’m not really certain what this locomotive’s story was. It seems that for the entire or at least most of the day, it was driving back and forth over the line. I’m not even sure where it’s return point was. I do know it reached belgium, but I’m not sure whether it reached DC electrification (the switching point is a little behind the border). There’ll be at least one other picture of it posted.

ECR is a daughter company of british EWS (England, Wales and Scotland), and focuses on unit train service in France and Spain, making the locomotive’s appearance here in Germany even more confusing. EWS, by the way, is in turn owned by German state railway DB.