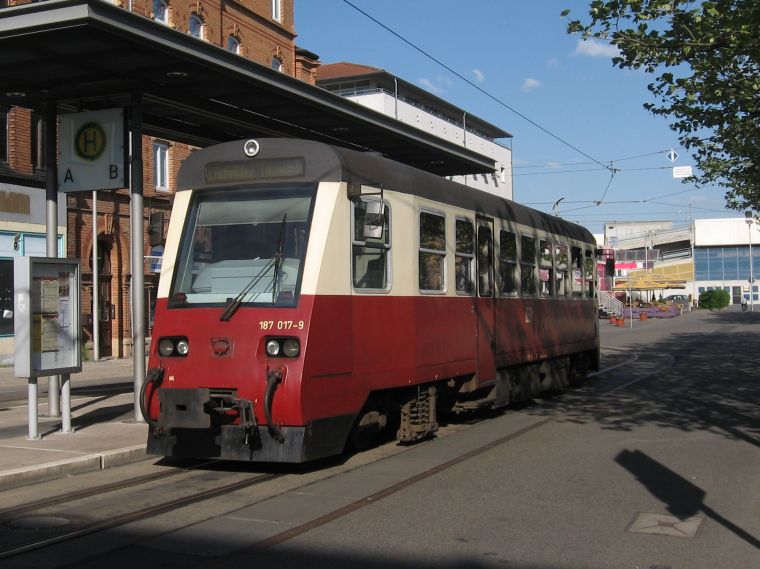 Trams on mainline tracks are a fairly common idea these days, but the problem is that it only works if the tram has tracks with 1435 mm gauge. If it is, say, the very common 1000 mm gauge, then it’s not possible without regauging the system. That is, unless one of the connecting mainlines is 1000 mm itself, as is the case for Nordhausen, the southern end of the Harzer Schmalspurbahnen.

Thanks to a newly-built connecting track, trams can run from Nordhausen’s centre up to Ilfeld (I guess they could run all the way through the Harz mountains if someone really wanted them to), and some HSB trains end on the place before Nordhausen’s normal-gauge station instead of the narrow-gauge station.

I’m afraid I have no pictures of the tram (which has a BMW diesel motor as well as a pantograph), but I can show you an HSB DMU parked in the tram station. The HSB bought these modern DMUs for commuter service in the Nordhausen area. Steam trains for all these services wouldn’t have been profitable here, as tourists mainly come via Wernigerode, the northern end, instead of Nordhausen. This DMU is, by the way, also fully homologated as a tram.