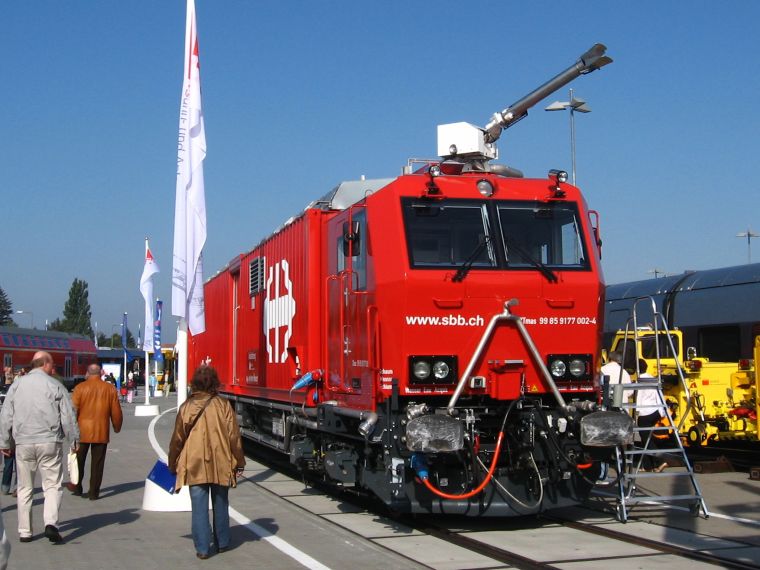 The CargoSprinter was a project to develop a DMU for containers. After a one-year trial period it was ultimately cancelled, although it hasn’t been conclusively proven that it was a bad idea. Windhoff, one of the two manufacturers of the train, took the platform instead and offers it as a general motor for anything, such as in the UK rail maintenance vehicles, or for switzerland, significantly more cool, fire fighting trains.

Fire fighting trains have a long history in Switzerland. Of course a train can never be at a fire scene as fast as a truck, but it can transport much more equipment, and it can get to some otherwise hard-to-reach positions where the rails lie accordingly. The main use of this train is to operate in railway tunnels, though, which can get very long in the alps, and which are hard to reach by truck. This is the first part of a four-part train, which can be split in two, and which includes a water tank car, a large pump which you can see here, equipment storage and special containers for first aid and to get people out of a burning tunnel.