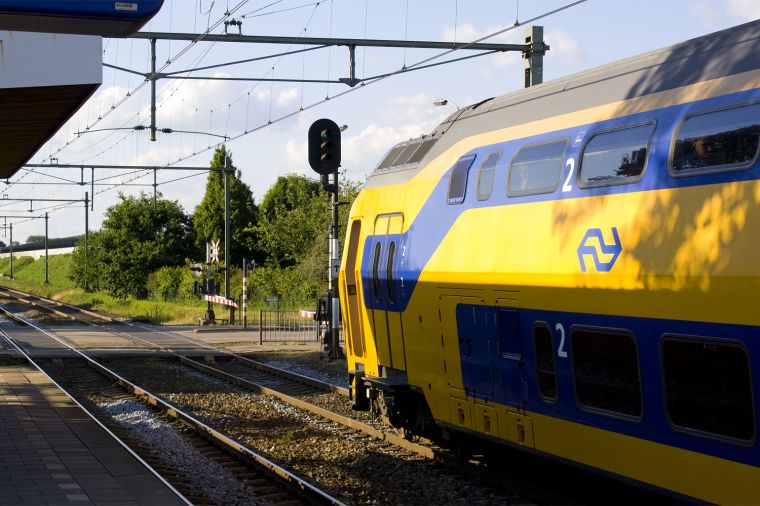 Elst is the basic type of station of two platforms on a highly used line with large parking lots and surprisingly lots of traffic (some, but not all, Intercity trains even stop here). It’s the kind that’s supposed to make you go “yay public transportation works!”, but as a rail fan, it’s thoroughly boring. As a result, I left rather soon again.

What you see here is a typical dutch VIRM trainset, where the engineer has opened the side poor. It’s possible that he felt too hot, it wasn’t the coolest of days (he kept it closed while the train was moving, though). The signal is green and the crossing gates are down, but the train stood there for a few minutes while passengers boarded and disembarked anyway.