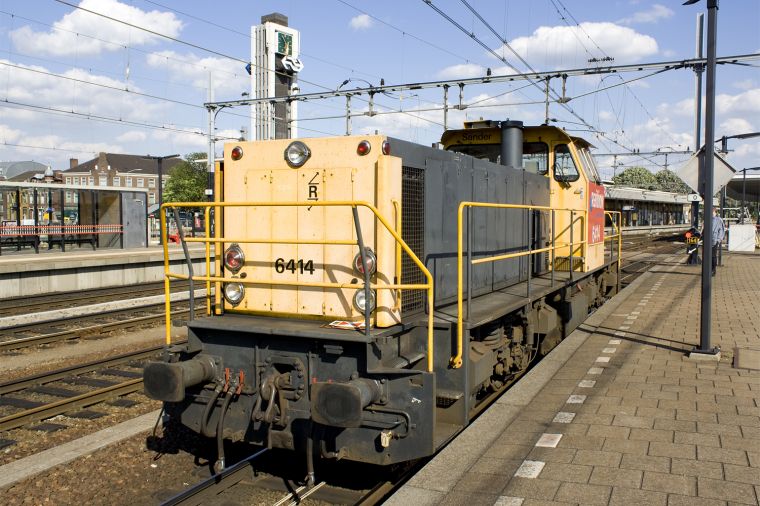 Venlo station probably was the one where I got most results. DB Schenker Rail Netherlands 6414, named Sander, is a DE 6400, which is a dutch version of the DE 1002, mainly differentiated by being longer and having a higher top speed. A number of them have received traffic red liveries, but Sander is still wearing the old yellow-gray of back when it was Nederlandse Spoorwegen (NS Cargo got taken over by DB over a number of steps). It has received red patches at the cab sides (sort of visible here), similar to what some american railroads do, but the branding there, “Railion” with blue square, is already way out of data again as well.

By the way, there was no engineer in the locomotive. Instead, he stood on the walkway on the short hood side with a remote control.

Many people dislike shots of trains at platforms (as some say: Hovercraft trains, as you can’t see the wheels), and I’m normally no exception. Still, when I really want to show something or otherwise like the image, and one can still see the rails and front of the engine, I’ll make an exception. Here, I just like how large and huge the locomotive is. I need to work with a short focus length more, I’ve taken way too much pictures lately where the train is just a couple of pixels in a wide landscape. Sorry, I guess I’ve been listening to too much audio commentary lately.