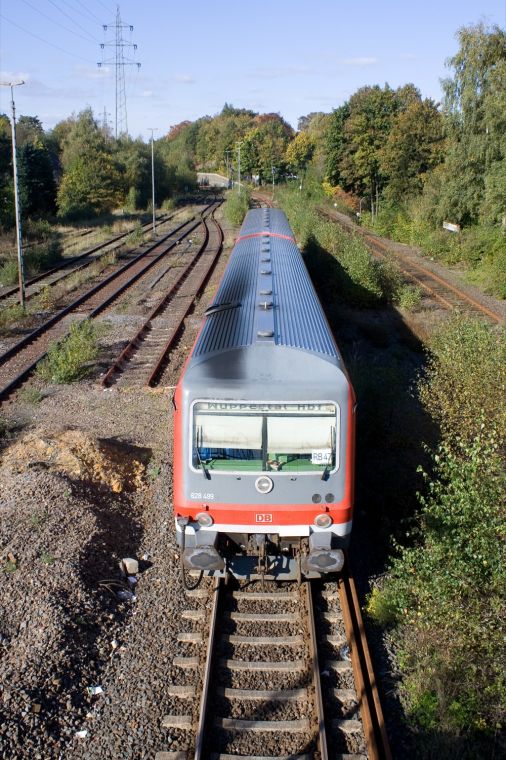 Lennep, nowadays part of Remscheid, is known for various things, amongst them a motorway truck stop on the A1 named after it, a beautiful old city center, a RÃ¶ntgen museum about X-Rays (which is actually rather interesting, donât forget to visit it in the Wuppertal-Solingen-Remscheid area), a dedicated store for TT model railroads which once had nation-wide importance, although nowadays itâs rather boring, a number of smaller and major railroad lines converging here and a large but largely disused station for them. Obviously, the order depends on your priorities.

Here, a class 628 DMU is just leaving said station for Wuppertal. Such a DMU consists in almost all cases of a powered and an unpowered part. Can you guess which is which?