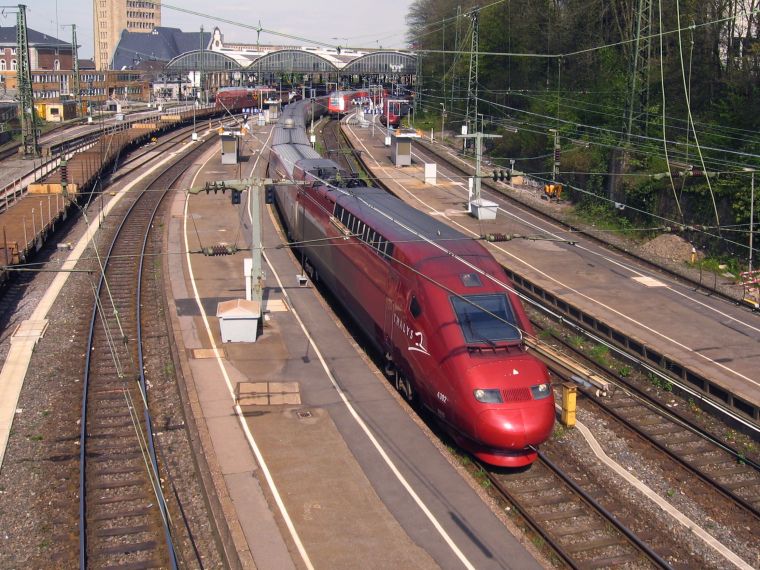 The Thalys is an international high speed train, based on the french TGV, and it connects Paris, Cologne (KÃ¶ln in german), Brussels and Amsterdam (that’s where the PBKA comes from), and it happens to drive through Aachen doing that.

The top speed of this train under the french electrification system of 25kV/50 Hz 300 km/h. Under german electricity, 16 2/3Hz/15 kV, it’s only 250 km/h, but that’s okay because the line from Aachen to Cologne, the only one it travels on in Germany, is built to standards of only 250 km/h at it’s best, and has pieces as low as 120. Here, it’s on belgian DC of 3kV already. I’m not sure what speeds it can reach that way, but the actual belgian high speed lines follow the french system again, so it doesn’t seem to matter much.