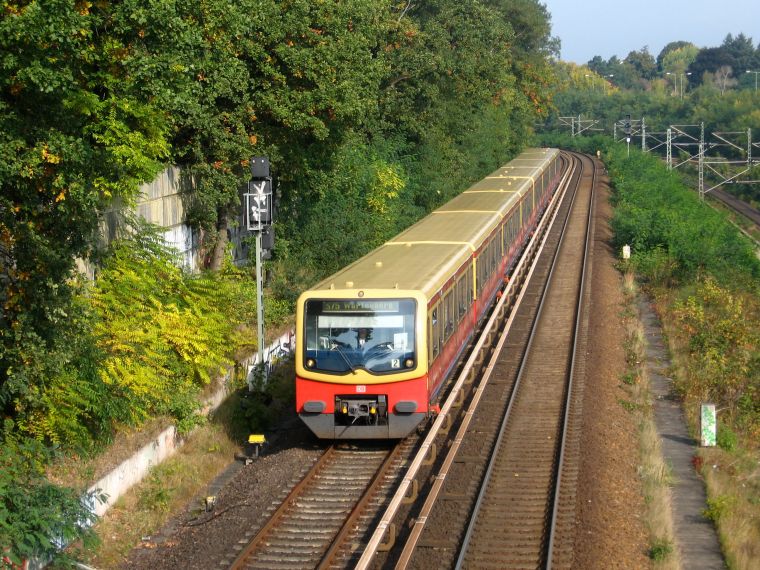 We didn’t spend a lot of time in Berlin before and after the Innotrans exhibition, we just went there, got right in, then returned straight away. However, directly next to the exhibition area, there is a railway track (which makes a lot of sense if you think about it) with, among other things, an S-Bahn track, so we took the opportunity to shoot some trains there.

The S-Bahn Berlin is, in theory, a full railroad system and is operated by a daughter company of DB. However, while for example the new EMUs of Class 422 are mostly identical to normal railroad vehicles, and can be used freely on normal lines (except for the platform height), Berlin needs specialized trains, due to the unusual electrification (750 V DC from third rail), a smaller (in particular lower) loading gauge, very tight corners and odd train control systems.

This is a class 481 EMU, which is the newest on Berlin’s network and the very first with three-phase AC traction. The particular train here is a full train, which means it consists of four quarter trains, each composed of a class 481 EMU (with cab) and a class 482 (no real cab, just a few buttons for shunting). You can freely move between a quarter train’s 481 and 482 part (which is a first for Berlin already), but not more than that.