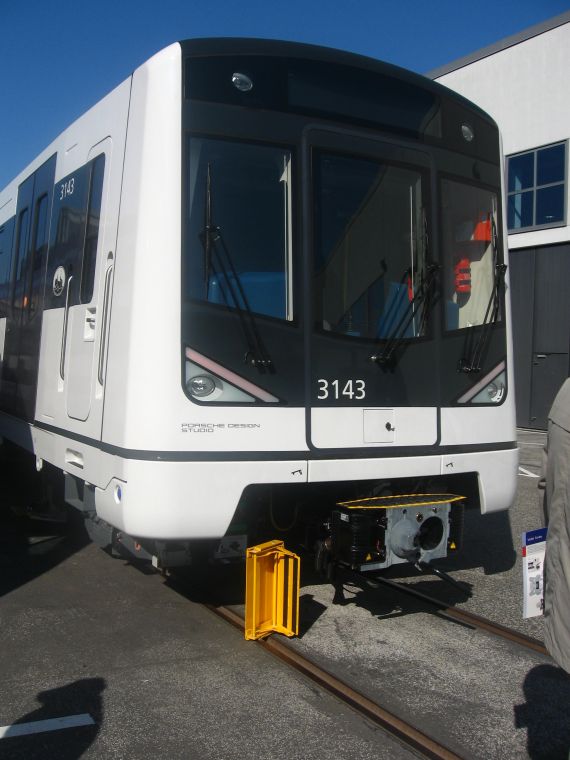 A short time ago I said that all subway systems that were built after the second world war aren’t really subwayish enough for me, rather just plain trams in tunnels - which isn’t bad, but not exactly what I’d call a subway. Part of the reason that I feel that way might be that my grand parents live near Berlin, so my first experience with subways was the Berlin subway system, which is decidedly not tram-like, but I think I lost my train of though somewhere. Anyway, an exception to the rule is the subway of Oslo, or as it’s called there, the T-bane. It was built starting in 1966 and is many places a converted streetcar system, but it’s definitely a subwayish system.

This is the newest EMU type for this, the MX3000 by Siemens (which has been in operation for some time already, but is still being built and delivered). Such a train has a length of 54 m (177 feet) and consists of three cars that can only be separated in a depot, and between which you can freely walk. The cars appear to be rather wide, they managed to put five seats in one row. The seats are just plain wood, but thanks to an ergonomic form, are actually rather comfortable, though I still wouldn’t want something like that in a long-distance train. The vehicle gets it’s electricity through a side-mounted third rail.